In this article, we are going to see how to read the JSON file in ansible-playbook

JSON is the most famous data representation it is widely used to store and transmit data. When you are working in Ansible automation, you might get a requirement to work with JSON files and read JSON files into Ansible playbook and process the data and store the data as a variables.

In general, JSON data can be processed easily with json_query module of ansible and you can read more about it in our previous article

Our primary objective of this article is to talk about how to process the JSON FILE and read the JSON file into ansible playbook and process it.

in the previous article, we have talked about how to directly use the JSON output of a website or URL and use it for further processing. but now we are going to use the file as our source of data in this article. we are going to take some sample JSON file which contains elements and sub elements in both array and single line formats, to understand this better.

Sample JSON file for our testing

This is the JSON file we are going to be using this article. the file name is config.json it was ideally designed for weblogic ansible installation setup but this can serve as a viable example in here.

How to read JSON file into ansible playbook

To read JSON file into the ansible playbook, ansible has given us a filter named from_json

but, of course, we need to use it along with few more commands and module like shell to read the json file.

Let us see how this playbook works.

As simple as that we have now learnt how to read JSON data into ansible playbook using from_json and shell module.

So now we have processed the JSON file and imported it into our playbook but here comes the next part of the equation. So how are we going to use this JSON data in our playbook or store it as a variable?

once the values are stored as ansible fact. it can be referred from anywhere in the playbook or ansible role using jinja 2 syntax {{ }}

Explanation of this playbook.

Execution result of this playbook

Here is the output of the playbook.

Sometimes we would want to create a list from the JSON data like a Dictionary or array. Or let’s say we want to find all the server names and their ports from the JSON we have taken for example.

here is the playbook that creates a dictionary of data by processing the JSON file.

It simply creates a list or dictionary of servers and their port numbers.

Result of the playbook 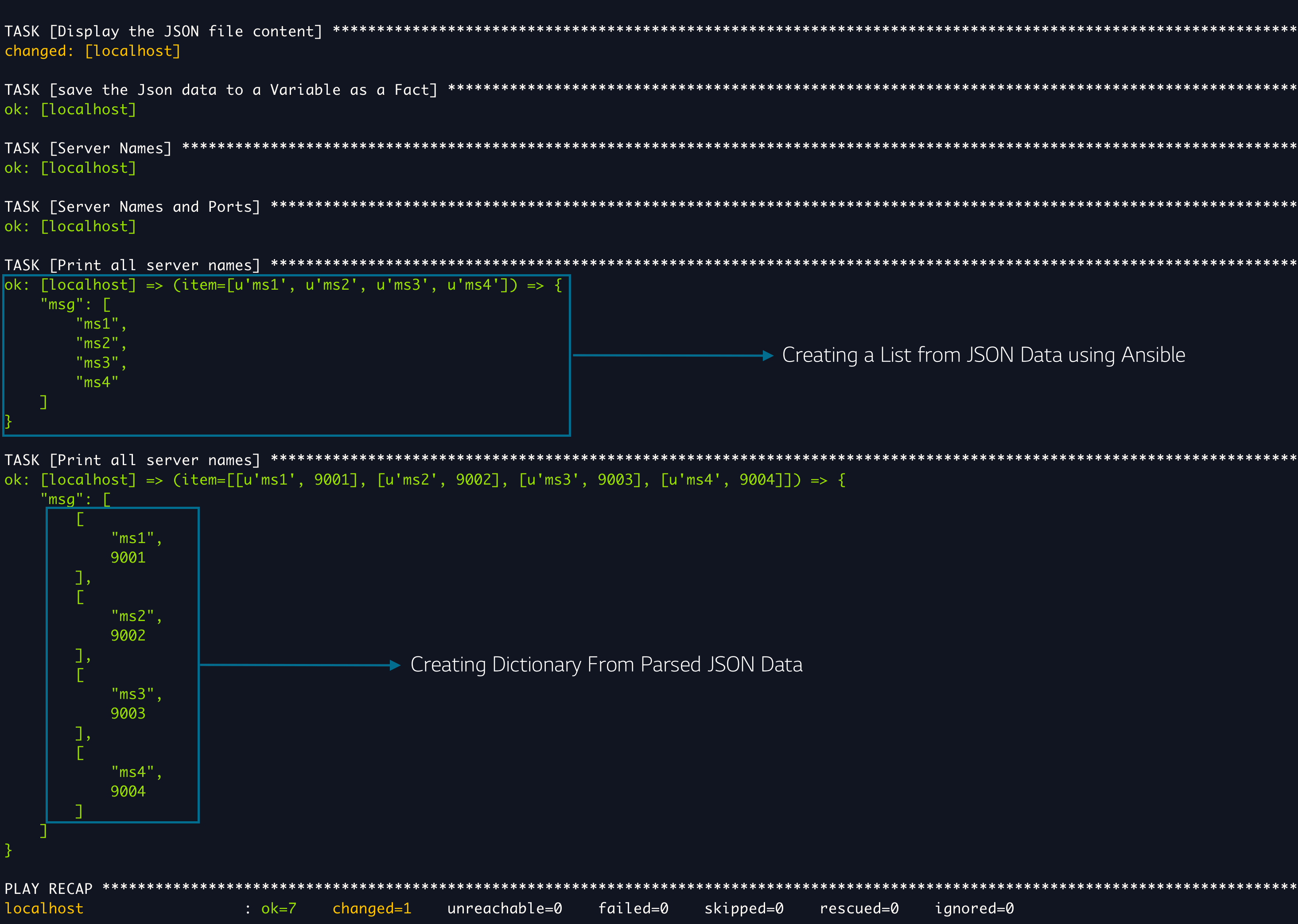 I hope this article was helpful to understand how to read and process JSON file with Ansible. Feel free to ask in comments if you have any questions. 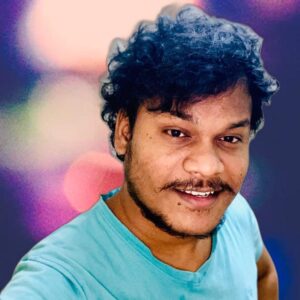 Follow me on Linkedin My Profile Follow DevopsJunction onFacebook orTwitter For more practical videos and tutorials. Subscribe to our channel For any Consultation or to hire us [email protected]

Copy link
CopyCopied
Powered by Social Snap
We use cookies to ensure that we give you the best experience on our website. The Cookies collected are used only to Show customized Ads. We Hope you are fine with it.OkPrivacy policy